What to do with a canine on the palate? 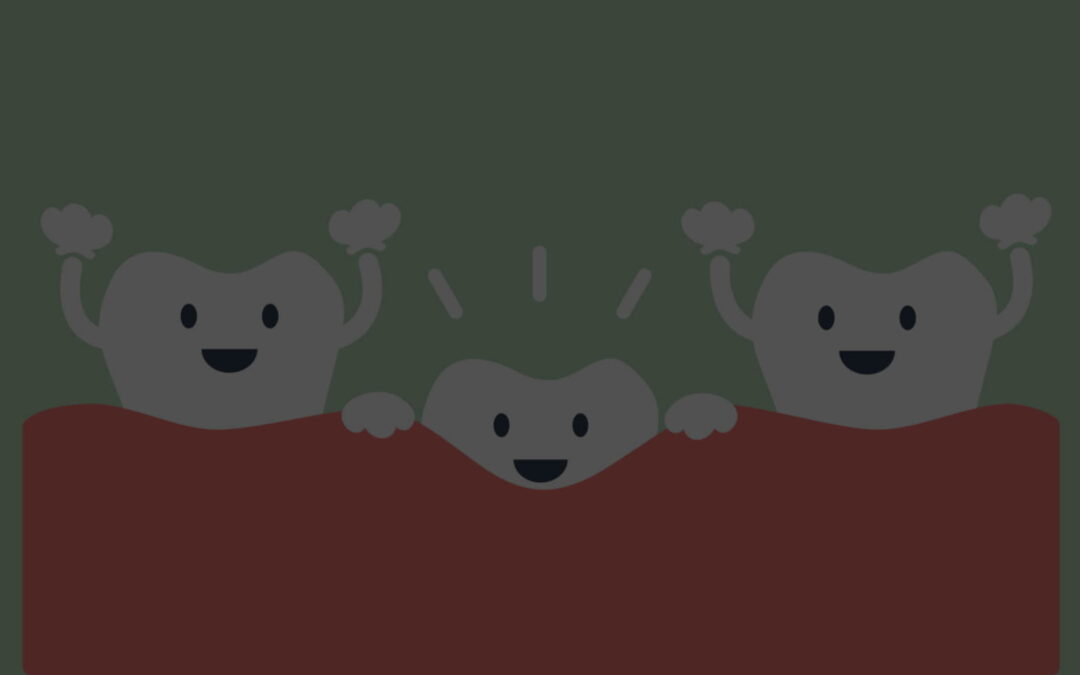 Tooth eruption is defined as the migration of the crown from its place of development to its functional position in the oral cavity. The eruption follows certain times, when there is a delay greater than six months, it should be investigated if there is agenesis or tooth included.

The teeth that are most frequently included are, firstly, the upper third molar followed by the lower one. Then the upper canines, the lower second premolars, the lower canines.

What are the canines included in the palate?

The canines included They are those that do not erupt and despite having a fully formed root, they remain within the maxilla and mandible beyond their normal eruption age. Due to its aesthetic importance and its key function in occlusion, an attempt will be made to bring it to its normal anatomical position.

It is important to make an early diagnosis, that is, the sooner the better, especially before the age of 12 or 13 to prevent inclusion, since the upper canine has an inclusion frequency of 34%.

The eruption of the upper canine normally occurs around eleven and a half years, but the diagnosis of its inclusion is usually made late, compromising the final result of treatment.

The inclusion of the upper canine is characterized by an absence of symptoms in the vast majority of cases, in adolescents the finding of the dentist or orthodontist is unexpected, and only in 20% of cases the inclusion is accompanied by complications, which will be the reason for consultation.

What are the causes of dental inclusion?

There are several local and systemic factors which can induce dental inclusion.

Within the factors There are: an irregular position of the tooth or pressure of an adjacent tooth, the density of the bone, a chronic non-infectious inflammation, the lack of space in the dental arch, a cystic and tumoral pathology or an infectious pathology and dental alveolar trauma, among other causes.

Systemic factors that can produce dental inclusion are prenatal or postnatal causes and rare conditions, such as cleidocranial dysplasia, cleft maxilla and palate, or Crouzon syndrome.

Some of the reasons why the upper canines are included are the following:

What solutions are there to a canine included in the palate?

Before treating a canine included in the palate, an anamnesis should be taken in order to detect the possible causes of inclusion. In addition, a clinical and radiographic examination should be performed. Thus determining the degree of inclusion and the exact location of the canine in the three planes of space.

It is important to know that all the teeth included have an aesthetic and functional value, so it is of special interest to be placed in the arch, as long as it does not require dangerous maneuvers for the neighboring teeth.

The treatment must be early to act on teeth that still have eruptive force, for aesthetic reasons and, finally, to prevent the teeth from deviating and erupting in a normal position.

The therapeutic options of the included canines are several:

The indications for extraction in the adolescent or adult patient are the impossibility of orthodontic traction, the presence of an associated follicular cyst, the impaction of the canine against the adjacent teeth, inclusions in extreme positions far from the dental arch, ankylosis of the tooth, Coronal resorption, repeated infection episodes, presence of significant alterations in the canine morphology, root fractures, reasons for prosthodontics, for the placement of any type of prosthesis in the area affected by the inclusion, patients who refuse orthodontic treatment -Surgical or the presence of any complication.

In case of not being able to opt for the placement of the canine in the dental arch with surgery and orthodontics, its extraction is always recommended. The extraction is better carried out as soon as possible as it will be easier to extract.

Orthodontic-surgical treatment, as the name suggests, refers to procedures in which surgery and orthodontics are combined in order to place a tooth in its normal position. Surgery must achieve visualization of the included tooth and orthodontics achieve dental traction to its correct position.