What is osteonecrosis in the jaws? 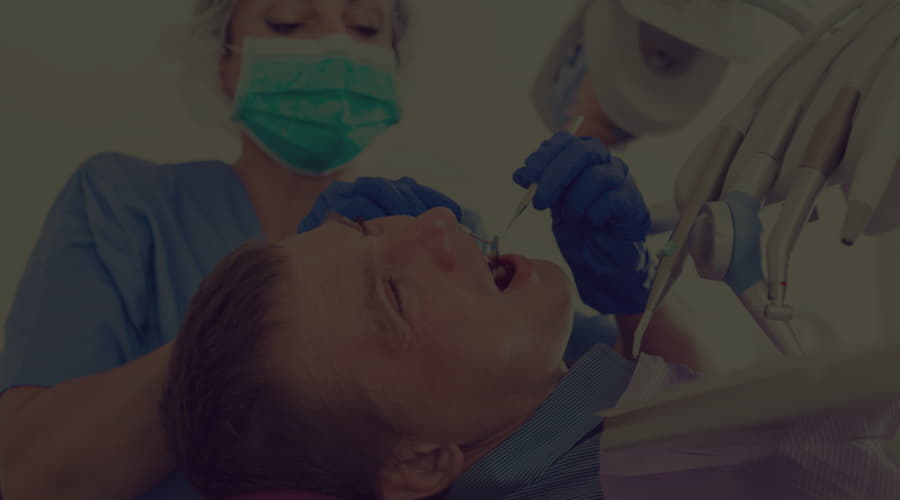 The osteonecrosis of the jaws It is a rare clinical entity, which is associated with an alteration of the blood supply or an inhibition of bone formation and an increase in the death of osteocytes.

Formerly it was thought that osteonecrosis was related to diseases such as systemic lupus erythematosus, a type of anemia or Caisson’s disease. But nowadays recent scientific publications have shown that patients taking bisphosphonates also had osteonecrosis.

Bisphosphonates are a group of drugs that are widely used in a large number of metabolic bone diseases, some of them very common in the elderly population, such as osteoporosis.

Osteonecrosis of the jaws is classified into three main stages:

What are the treatments and solutions for osteonecrosis of the jaw?

Osteonecrosis of the jaws is treated according to the stage to which it belongs.

In stage number one, there is a necrotic bone exposure but no infection. The treatment is based on the millimetric quantification of the size of the exposure, the suspension of the bisphosphonate, the regimen of a chlorhexidine mouthwash for two weeks and controls at 15 days and one month.

If the stage is number two, the guidelines are the same and the oral administration of antibiotics is added for 15 days along with oral anti-inflammatories.

In the third and final stage, the therapy applied is the same as in stage two, but also, bone sequestration is eliminated under local anesthesia and, if necessary, the teeth involved. Finally, the same controls are followed as in the other stages.